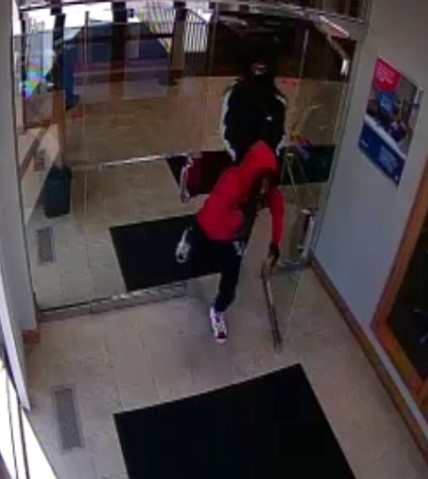 On October 3, 2022, at approximately 12:15 p.m., two unknown suspects robbed the BMO Harris Bank at 8840 State Line Road, in Leawood, Kansas. One of the unknown suspects gave the teller a demand note. No weapon was shown, but one was threatened. The two suspects fled in a black SUV southbound on State Line Road with an undisclosed amount of currency. There were no injuries.

The unknown suspects are described as:

The first unknown suspect was wearing a red hoodie with a ski mask.

The second unknown suspect was wearing a black sweatshirt with ski mask.