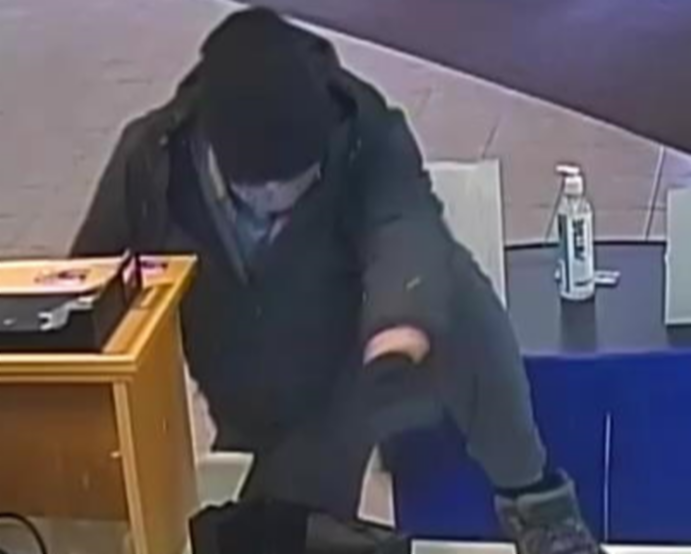 The FBI is offering a reward of up to $2,000 for information leading to the arrest and conviction of the suspects.

One of the males was described as White and approximately 5'8" tall. He wore a dark beanie, red scarf covering his face, green jacket with horizontal stripe, dark gloves, and blue jeans. The other male was White or Hispanic and approximately 5'7". He wore a dark beanie, gray scarf covering his face, navy blue hooded jacket, dark gloves, blue jeans, and hiking boots.

Anyone with information about this robbery is asked to contact the FBI at (505) 889-1300, or Albuquerque Metro Crime Stoppers, anonymously, at (505) 843-STOP. Tips can also be submitted online at tips.fbi.gov.