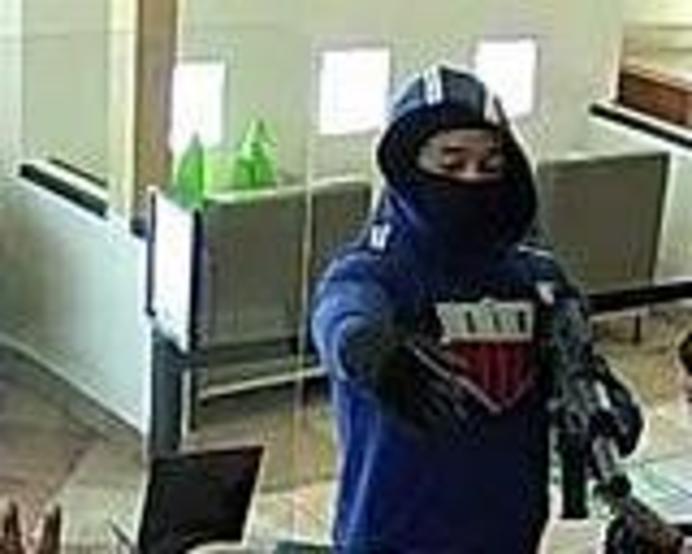 Both suspects are described as Black in their 20s with slender builds. The male is about 6'0" tall. The female is approximately 5'0" to 5'4" tall. In the first robbery, the male wore a blue hooded jacket, a black mask, dark gloves, and dark pants. The female wore all black. In the second robbery, the male was dressed in black and wore a mask, black gloves, and a black cap with a swoosh logo. The female wore a blue hooded sweatshirt with the words "Air Jordan" in white and red on the front. In the next two robberies, both suspects wore black clothes.