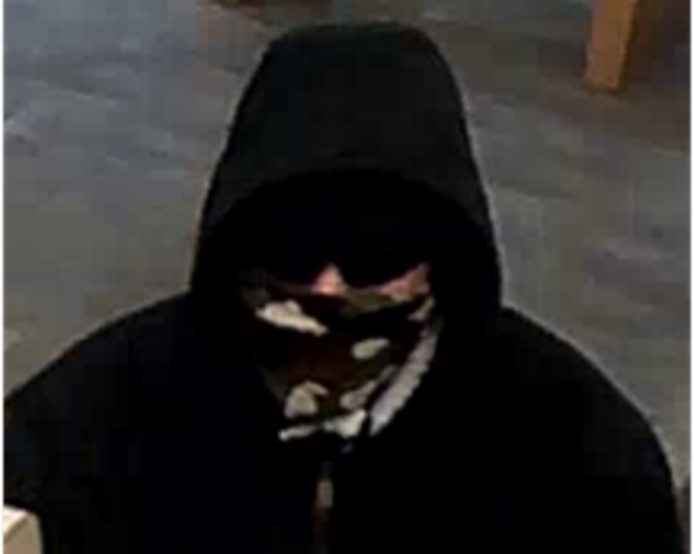 The FBI is offering a reward of up to $1,000 for information leading to the arrest and conviction of the suspects.

Unknown Suspect #1 is described as being approximately 5'6" tall, with a medium build and dark complexion. He wore a dark jacket with a logo on front, sunglasses, dark gloves, and a scarf that covered his face.

Unknown Suspect #2, the suspected getaway driver, is described as a heavy-set Hispanic male in his late 20s to mid-30s, approximately 5'8" tall, with a small, dark tattoo on the right side of his neck. He wore a light-colored hooded sweatshirt, a dark baseball cap with a star on the front, and dark pants.